I had the pleasure of attending The Birmingham Guitar Show yesterday (with my Dad!)

We used to go to every show, every year, but fatigue set in a few years ago and we stopped going to them. Mainly because you see the same stands at every one, but also because the noise is quite unbearable at times. Having 50 people, playing 50 different things, AT THE SAME TIME, can be a little wearing!!

But we decided to give this one a go and we thoroughly enjoyed it. It was good to catch up with my friend and dealer Mark, from Guitars4you. He still has that Sea Foam Green PRS DGT Standard. I resisted! I also saw a barely used Fender Telecaster Reissue, the exact guitar I have been looking at on the internet, but it was £200 cheaper. I managed to resist that too. Somehow.

So, the consensus between us was that we enjoyed it and will go to another one this year. Hopefully when I have a bit more disposable income. I stood in awe at the PRS stand. I’ll leave the pictures here… 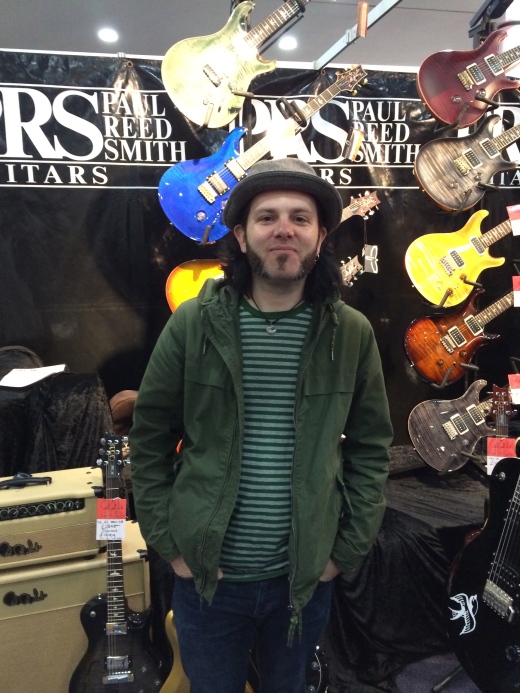 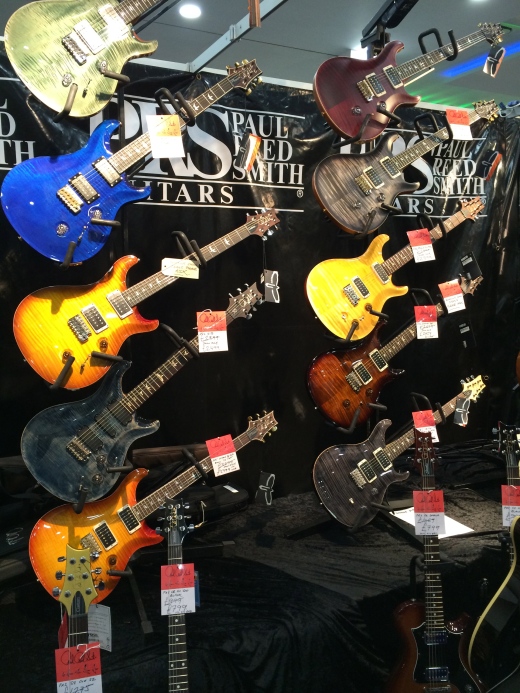